If you are a serious sun-seeker, you will want to spend your time in the sunniest place possible. But where should you go to catch the most rays? Tweet

One way to define the sunniest place is to ask which spot gets the most continuous hours of sun. If that is what you want, you might be surprised to find it is not the sunshine state of Florida you should visit, but a destination much further north.

Both Eureka and Alert on Ellesmere Island, Canada, have high sunshine statistics. Nobody calls the settlements home exactly, but military and scientific personnel are based there throughout the year.

May is the sunniest month, with bright sunshine possible for65.4% of the day at Eureka: that is more than 15 hours. But with daily average temperatures of -10C (14 F), it is far from sunbathing weather.

That is because these research stations are two of the northernmost settlements in the world, lying within the Arctic Circle. 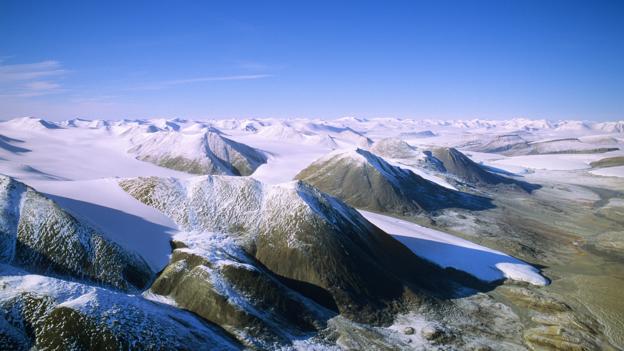 This latitude is known as the “land of the midnight Sun”, because in summer the Sun never drops below the horizon. It can shine for days without interruption.

The opposite of midnight sun is polar night, when the Sun does not appear above the horizon

The Arctic is a snowy place but much of it is technically a desert. This means precipitation, and the clouds that produce it, are rare in some areas.

With the possibility of 24 hours of sunlight and relatively few clouds to obscure it, Ellesmere Island’s research stations technically have the most hours of sunshine in the world – during the month of May at least.

But in the depths of December it is a very different story. 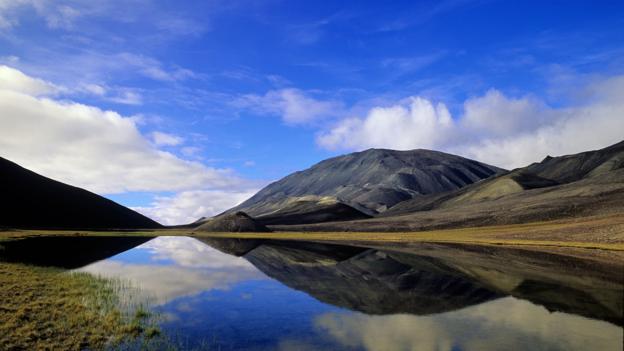 The opposite of midnight sun is polar night, when the Sun does not appear above the horizon. At the poles you get six months of each state.

The phenomenon becomes less extreme as you travel further from the poles, but at the northern tip of Canada you can still experience four months without any sunshine.

Instead you might fancy a place that is sunny all year, in which case you would need to travel more than 3,300 miles (5,300 km) south. 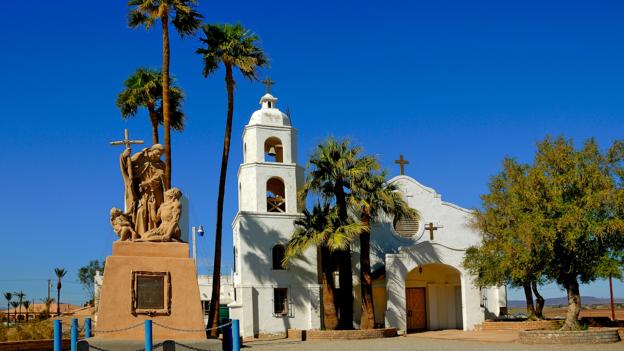 According to records from weather stations across the US, Yuma in Arizona is the sunniest place in the world. During daylight hours, which range from 11 hours in winter to 13 in summer, it has a 90% possibility of sunshine.

Most of these records are based on sites with good long-term records, typically airports

“The south-west US is under the influence of high pressure most of the year, which translates to a sinking and warming atmosphere above the region,” explains climatologist Michael Crimmins of the University of Arizona, Tucson. “This creates many cloud-free days and warm temperatures.”

Crimmins attributes Yuma’s famous sunshine to its position in the sub-tropics. Thanks to a vast circle of winds known as theHadley Cell, this area of the globe is both hot and dry.

“Warm, moist air rises at the equator forming tropical thunderstorms, and then on a large scale sinks around 30 N and 30 S latitude, resulting in surface high pressure,” says Crimmins. “This latitude band is where most of the world’s great deserts are located.”

Yet Yuma’s sunshine crown is hotly contested, because records do not show a whole picture. 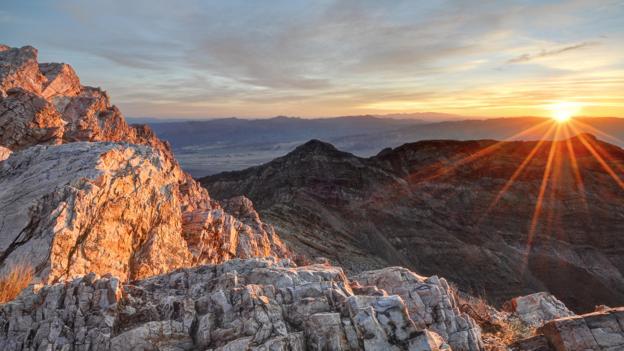 “Here in the US, most of these records are based on sites with good long-term records, typically airports, so the extremes are based on a sample of locations that are co-located with cities,” says Crimmins. These established weather observation stations are known as “first order” stations.

71% of the world’s surface is covered with water

“There could indeed be more extreme locations, like Death Valley in California for example, but these sites wouldn’t make the running because they aren’t ‘first order’ stations,” says Crimmins.

It would not be surprising if uninhabited spots turned out to be the sunniest. It makes sense for us to avoid living in constant sunshine, as too much of it can be harmful. On top of that, it is hard to get accurate recordings from deserts: they are notoriously inaccessible, and equipment there could end up variously smothered by sand or frozen overnight.

There are also plenty of other sunny countries, from which we have less data; weather stations are costly, and many of the world’s sunniest spots are in developing nations.

Finally, we should consider our oceans and lakes. After all, 71% of the world’s surface is covered with water.

So in 2007, NASA scientists took an outsider’s perspective. They used satellites to reveal the Earth’s sunniest spots. 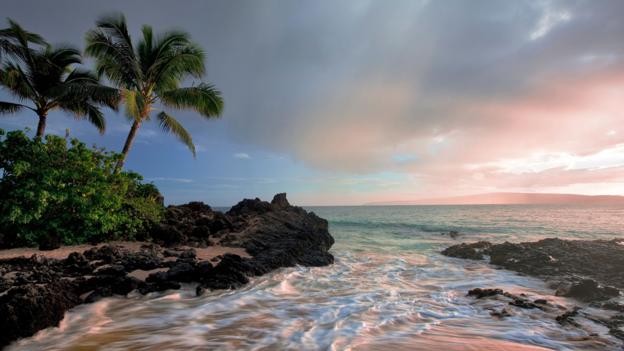 The Pacific off Hawaii is sunny. Who knew? (Credit: Dennis Frates/Alamy Stock Photo)

Sensors on the satellites could determine whether radiation was being reflected from clouds or from the Earth’s surface, including bodies of water. Sure enough, the prime locations for catching rays were found far away from any big centres of human habitation.

It is hard to get accurate recordings from deserts

Out at sea, the sunniest patch was found in the Pacific Ocean, south of Hawaii and east of the island republic of Kiribati.

On land, an area of the Sahara desert in Niger, near to the ruined colonial fort at Agadem, was the place with the least cloud cover.

The researchers calculated the average solar energy these areas received per day from 1983 to 2005. In the desert it was 6.78 kilowatt hours per square metre, and at sea 6.92 kWh per sq m. That is roughly how much electricity the average US home uses to heat water each day. 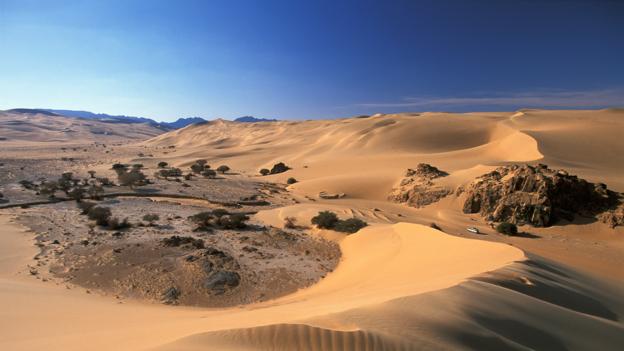 The Sahara desert in Niger gets a lot of sun (Credit: Frans Lemmens/Alamy Stock Photo)

“The numbers are derived using satellite measurements of clouds and other information about the atmosphere, then producing an estimate of the solar energy that reaches the surface,” says Paul Stackhouse of the NASA Langley Research Center in Hampton, Virginia, who studies thesurface radiation budget.

“The locations identified were found to have the most solar energy reaching the surface over the surface of the entire Earth,” says Stackhouse. “There are a couple of regions in Saharan Africa that are very close. This is due to relatively high position of the Sun near the equator and the lack of clouds due to atmospheric circulation processes.”

This information has uses beyond pure curiosity, from helping people to site solar panels to a sunscreen alert service in Italy. The NASA team say they will release new figures in 2016, spanning 30 years of records, which could reveal even more extreme sun traps.